What You Should Know About Employment Arbitration Agreements Before You Sign 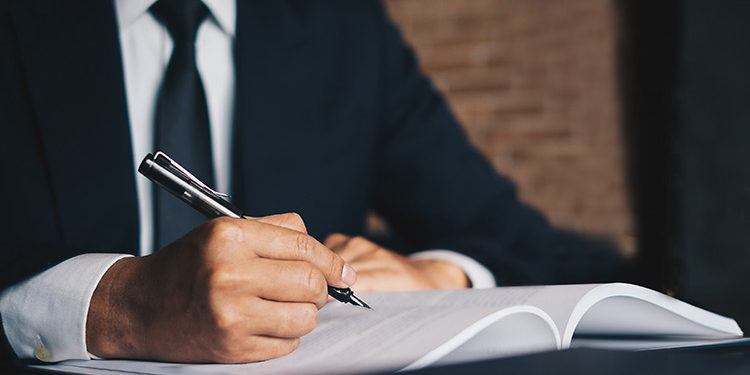 Employers require employees to sign arbitration agreements for one reason – to force employees to waive their right to jury trials. Instead, they want to litigate any claims related to the employment relationship in front of an arbitrator. There are many aspects of arbitration that make it more favorable to employers.

Many employers include arbitration agreements with the litany of new-hire paperwork employees are required to sign prior to starting new jobs. Whether mandatory or “optional,” most employees simply sign all the paperwork without giving it much thought.

How Do I Know If I’ve Signed an Arbitration Agreement?

To find out if you signed an arbitration agreement, you should ask your human resources (HR) department or manager if you can see your employee file. If they are reluctant to let you see the entire file, you can specifically ask if you’ve signed an arbitration agreement. However, if they kept your file from you, that’s definitely a red flag you should note.

You should never sign an employment arbitration agreement without fully understanding what you are agreeing to. Call our law office today at (213)-618-3655 and we can review the agreement.

How Does an Arbitration Work?

During the arbitration, a neutral arbitrator takes the place of both judge and jury, deciding questions of law and fact. Arbitrations often take less time than traditional jury trials because of the strict rules in the agreements or used by the company selected to arbitrate. Arbitration hearings, which parallel jury trials, also take less time because there is no need to select a jury.

How Does an Arbitration Agreement Benefit the Employer?

The advantage of arbitration for employers is obvious. It saves the employer from having to face a jury. Jurors can favor employees because, more often than not, they tend to relate more to the employee.

Arbitrators often tend to be retired judges and easily command rates higher than $500 per hour. Employers must pay the arbitrator’s fees for an arbitration agreement to be valid in California. Yet, despite the extra cost, which can easily exceed $100,000, by the end of the arbitration process, employers deem it necessary to keep employment claims out of traditional courtrooms and away from a jury.

Arbitration agreements tend to favor employers by limiting discovery and mandating much shorter deadlines to things like motions. Most arbitration agreements won’t expressly make these limitations. However, they stipulate the use of a specific alternative dispute resolution company (ADR), such as JAMS. Thus, the employee is forced to rely on rules set out by the ADR company.

JAMS, for example, severely limits the discovery available to either party and has much shorter deadlines to respond to a dispositive motion than the California Code of Civil Procedure (CCP), which would be followed in court. The curtailed discovery favors the employer, which often already has direct access to most, if not all, of the witnesses and documents needed for litigation.

The Legality of Mandatory Arbitration Agreements

The California State Assembly weighed in on the legality of mandatory arbitration agreements. They introduced Assembly Bill (AB) 51 and Governor Gavin Newsome signed it into law on October 10, 2019. AB 51 amended California Labor Code Section 432.6 and barred mandatory arbitration agreements in the employment context. It also mandated criminal and civil penalties for employers who violated the law.

Almost immediately, the United States and California Chambers of Commercial, along with interested business organizations, sought an injunction preventing the California Attorney General and other state officials from enforcing AB 51. A federal judge in the Eastern District of California agreed with the Chambers and business allies that the Federal Arbitration Act (FAA) preempted AB 51. The judge said AB 51 interfered with the objectives of the FAA and issued an injunction preventing enforcement of any civil or criminal penalties associated with the new law. The decision was appealed.

On September 15, 2021, the 9th Circuit Court of Appeals held that the FAA does not preempt AB 51 as it set aside most of the district court’s orders. In an impressive feat of legal gymnastics, the 2 to 1 majority concluded that the civil and criminal penalties indeed interfere with the FAA’s purpose and are unenforceable. Yet, an employer can be penalized for requiring an arbitration agreement as a condition of employment. Soon thereafter, the law was again enjoined.

While the final fate of SB 51 remains unknown, nothing stops employers and employees in California from voluntarily agreeing to arbitrate all claims arising out of the employment relationship. Even prior to SB 51, many employers used “optional” arbitration agreements knowing that the vast majority of employees will simply sign agreements without questions.

Arbitration agreements are often included in new-hire packets, as part of much larger documents that new hires must sign. They are also often included in employee handbooks, which includes acknowledgement stating that the employee received and reviewed the handbook and that they agree to the voluntary arbitration clause.

Ask an Employment Lawyer to Look Through Your New Hire Paperwork

Before you sign anything at a new job, you should thoroughly review all the paperwork that you are given. You can even ask a Los Angeles employment lawyer to review your documents and ensure you are not giving up any of your rights as a protected employee in California. Call attorney Sam Setyan at Setyan Law at (213) 618-3655.

How Much Do Employment Lawyers Charge and When Are Fees Due?
November 3, 2022
Search
Latest Posts
Request a Free Consultation