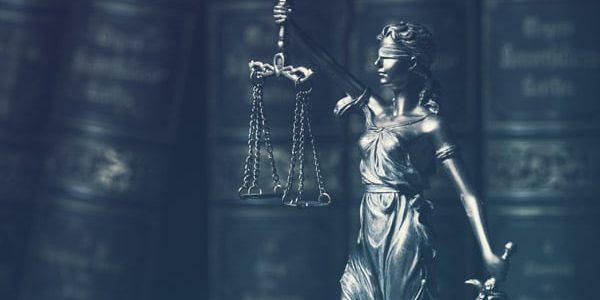 California minimum wage law is complex. There has been a consistent trend of minimum wage increase in California over the past several years. The actual minimum wage rate depends on the size of employers as well as geographic location, as many cities and counties have a different rate than the rest of the state.

Read below to learn more about the minimum wage ordinance that applies to you. If you think a company is violating employment law, you should immediately contact a Los Angeles County attorney who can protect your rights. Call Setyan Law’s wage and hour attorneys today at (213) 618-3655 for a free initial consultation.

Is California’s Minimum Wage Going Up?

Yes, California’s minimum wage rate has been consistently increasing since 2017, when it was between $10.00 and $10.50 per hour, depending on the size of relevant employers. According to the California Labor Code Sections 1191, the minimum wage in California is scheduled to increase on the first day of each year through 2023.

As of January 1, 2022, the state minimum wage for most employers was $15.00 per hour. A California Employer with 25 employees or less had to pay a minimum wage of at least $14.00 per hour. A large employer must pay one more dollar per hour than a small employer.

The federal minimum wage distinguishes between exempt and nonexempt employees who work for employers.

Can an Exempt Employee Get State Minimum Wage?

Exempt employees typically earn a base salary for work as opposed to an hourly wage, and they must earn a minimum amount annually. In California, exempt employees must be paid the equivalent of double the minimum wage, based on a forty-hour work week.  Exempt employees generally hold professional roles and have a high level of expertise and knowledge in their field. The Fair Labor Standards Act (FLSA) does not guarantee minimum wage for exempt employees, however, the California Labor Code does.

Am I a Nonexempt Employee?

Most workers are nonexempt employees, and they are eligible for minimum wage protections and other benefits according to federal and California labor law. Nonexempt employees are usually paid an hourly wage or earn a salary from employers. Additionally, they must be paid for overtime when they work more than 40 hours per week.

What is Minimum Wage in Los Angeles County?

The minimum wage of Los Angeles County increased at a predetermined rate through 2021 and now increases according to the Consumer Price Index. Each year, the Los Angeles County Office of Labor Equity, Department of Business and Consumer Affairs issues a bulletin announcing the adjusted rates, so employers know what the updated minimum wage rate is in LA County.

What is the Minimum Wage in the City of Los Angeles, CA?

The minimum wage rate in the City of Los Angeles also increased on July 1, 2022. It is currently $16.04 per hour for most employees at businesses of all sizes. This raise affects any employee who works at least two hours per week within the boundaries of the city. This applies to all part-time, full-time, and temporary workers, regardless of immigration status.

What Is the Living Wage Act?

The Living Wage Act of 2022 is an initiative that was introduced in January 2022 to amend and add sections to the California Labor Code. Its purpose is to ensure that workers are paid wages that will financially support them and their families.

If passed, the Living Wage Act will increase the California minimum wage rate to $18.00 per hour by 2025. Additionally, the minimum wage in California would continue to increase each year thereafter to “keep pace with the cost of living” in the state.

Although California’s minimum wage is much higher than the federal minimum wage, the state currently has the eighth highest income inequality among all fifty states and Washington, D.C. The result is that more than one-third of Californians are living in or near poverty.

Setyan Law knows California law and supports the Living Wage Act of 2022 and protects clients who are not being paid according to federal, state, county, and city minimum wage requirements. These cases can be complex because employers often fight back with a team of lawyers. Your Southern California employment lawyer can help you gather information to support your arguments and help you get the compensation you deserve.

Sexual Harassment in the Workplace: Examples and Solutions
January 28, 2023